The Double Pendulum Biomimetic Project has the overarching goal of developing a desktop-controlled inverted double pendulum with actuators in each joint to serve as a model for a human balancing on a moving platform (i.e. a skateboard), where the degrees of freedom is limited to the human’s waist and ankle joints. This model is illustrated in Figure 1 below. 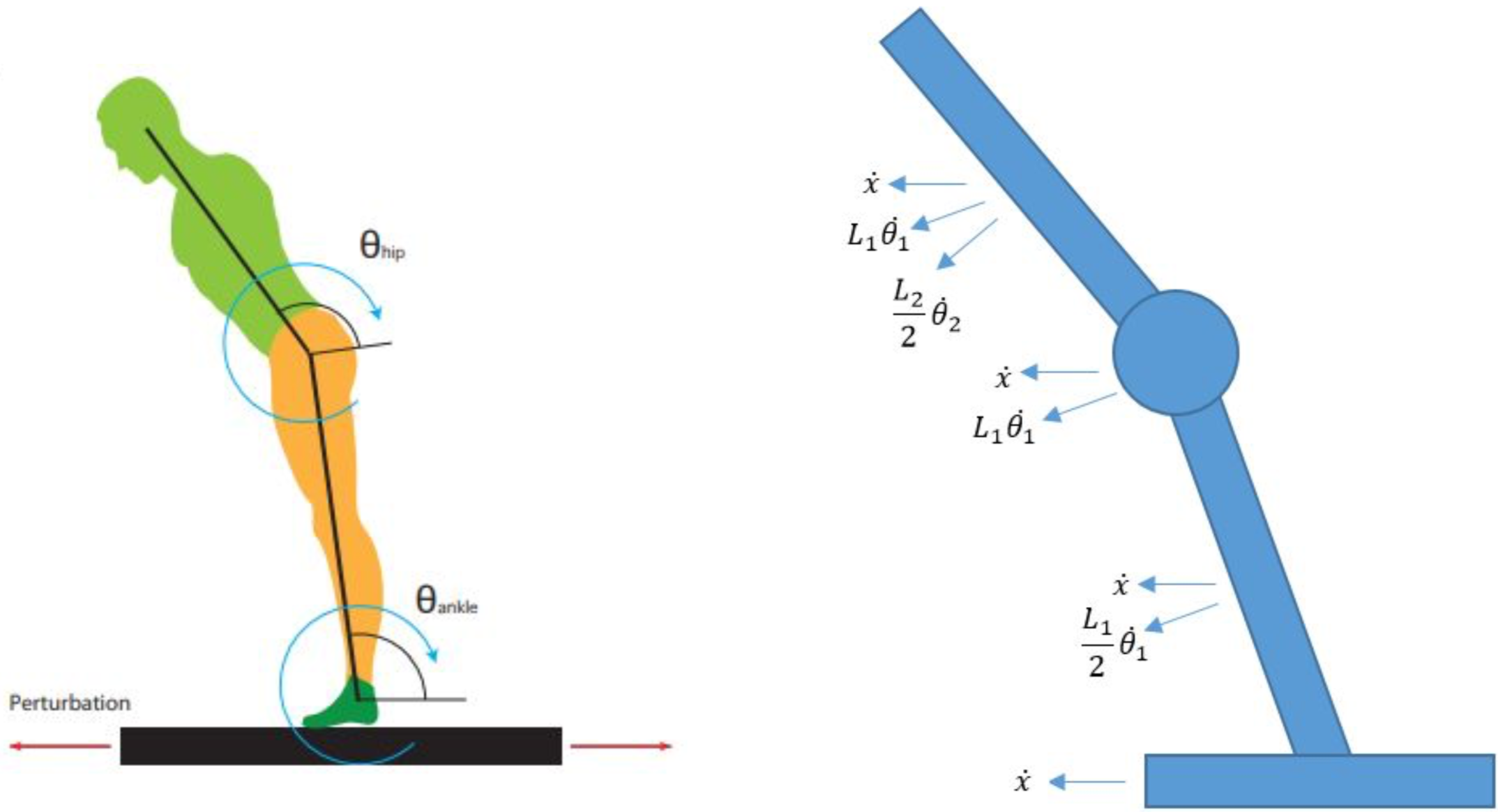 There are two key applications for such a device. Firstly, it can assist in controller identification, helping bridge the gap between the simulation of human movements and real-world data collection. Secondly, the project is done in collaboration with the Dr. Zhaodan Kong and the Cyber Human Physical Systems Lab— Dr. Kong intends to use the device to demonstrate the fundamentals of control theory to school students.

The pendulum hardware was developed previously by EME 185 students, as well as some preliminary Arduino code to enable robot movement. The primary objectives were now to bring this hardware to life with UI software with an interactive GUI for the robot, and improve upon the embedded Arduino code. Additional objectives included restoring and improving the electromechanical hardware as needed, and allow data collection from the onboard encoders.

The following presents a high-level overview of the software solutions that were implemented. To make the code modular and user-friendly, 4 custom libraries were developed to encapsulate all needed functionality. General system operation functions and interrupts governing writing PWM signals, tracking encoder positions, enforcing position limits, and computing system states were isolated in a general functionality library. A separate library for controllers allows the user to add or modify controllers for all actuators. In order to send position and angle commands as a function of time, the user can directly write mathematical functions into a dedicated position library in inches, degrees, and seconds. It was determined that the educational value of the system and the overall functionality would greatly benefit from real-time gain updates and user control. To facilitate this, a serial processing library was established and using the IDE Processing, a GUI was created. The GUI, as shown below, has a startup and swing-up buttons which enable the user to safely start system operation when ready. The user can select the desired motor controller and update the gains in real time. 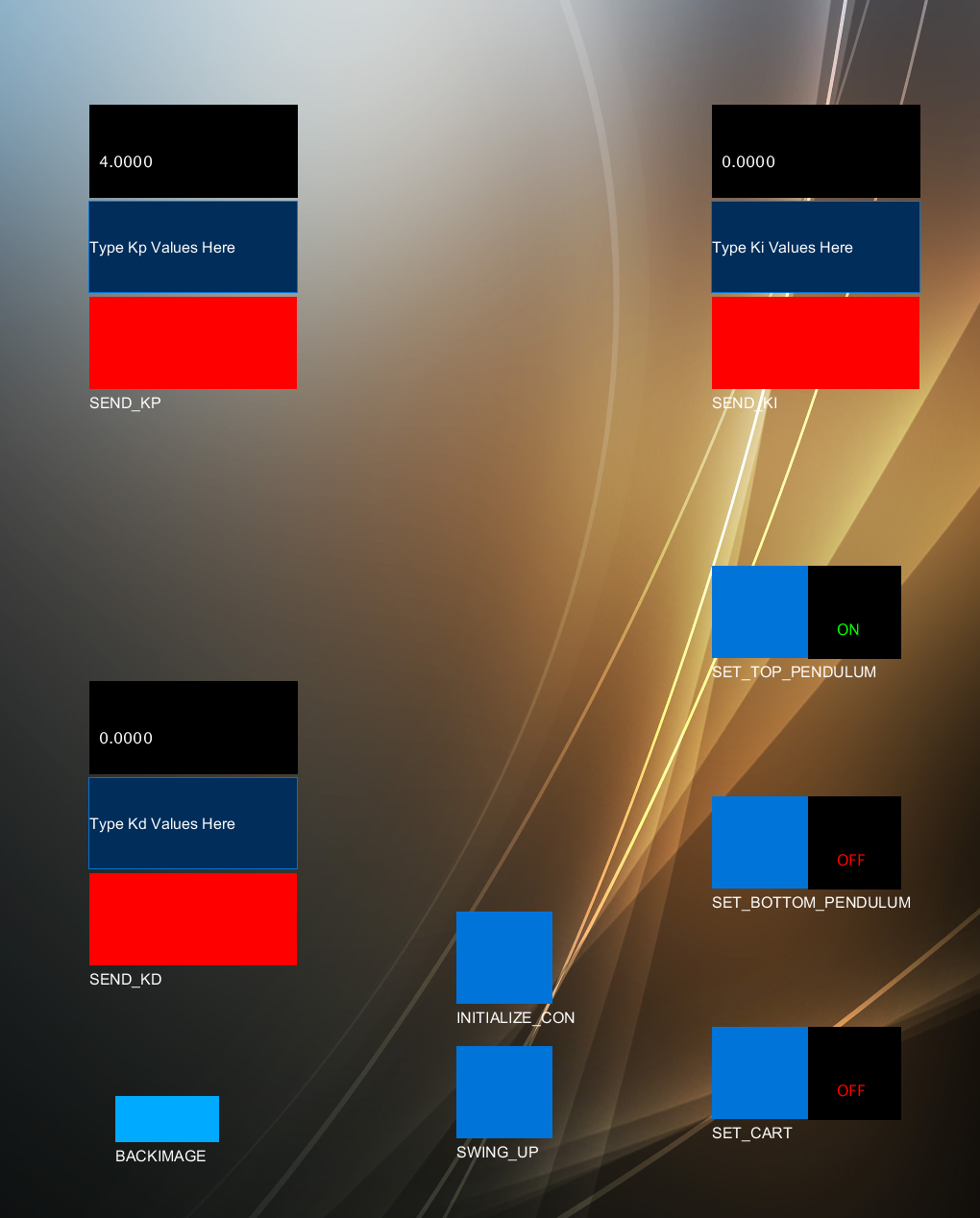 The system currently is operating with PID controllers for each actuator and the aforementioned functionality. The custom designed GUI successfully augments the controller values and output response of the double pendulum robot. In the video below, the robot is set to remain positioned perpendicular to the ground as different external inputs are enacted onto the robot. The different PID gains inputted into the GUI clearly affect its ability to return to that position after being offset by external forces. Here is a link to a video that showcases its performance.

The current limiting factors of this system primarily relate to the state of the hardware and certain design decisions. Testing of serial communication indicates that there may be a systematic shielding issue, and the microprocessor should be moved away from high voltage lines. It is also unclear if the code is operating fast enough to achieve optimal performance. Thorough testing of performance while increasing the delay between each loop is needed to understand the effects of this. Including a feature to allow enter custom controller algorithms to save, access and port these into the microcontroller was also difficult to achieve within the time constraints allotted.

Data collection using a serial monitoring application is currently possible by printing encoder data to the terminal, however, this slows down the code since serial writing is relatively slow. Without a clear understanding of the effects of changing loop time, it is not possible to draw clear conclusions about the implications of this. A viable solution would be to have a second Arduino running in parallel which only prints serial data and does not command the robot. More testing is needed.

Here is the link to our GitHub Repository where you can find the Arduino .ino code, the custom libraries to operate the robot, and the Processing IDE code for the GUI controller. 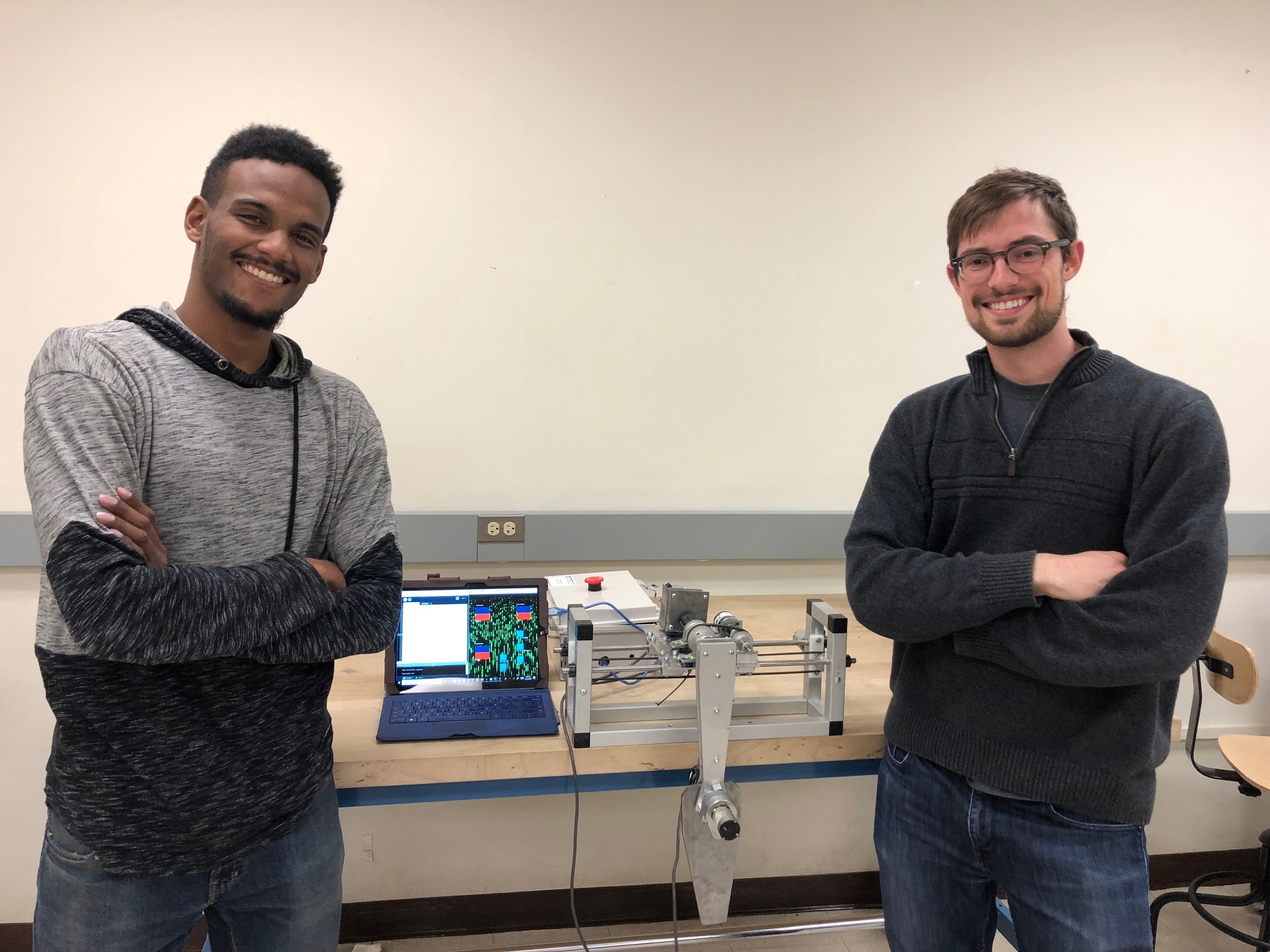