As of September 30th we have wrapped up our work integrating Jupyter based computing tools into the LibreTexts platform. This work was part of a three year $5M grant from the U.S. Department of Education (DoE) to enhance open access textbooks called Open Textbooks Pilot Program (CFDA No. 84.116T).

This blog post serves as a report on the outcomes from the portion of the grant I was responsible for as a co-principal investigator. Overall, I think we were quite successful. LibreTexts users are creating textbooks with interactive computational elements (10+ textbooks), we've served hundreds of students with our JupyterHub, and we've trained 12 undergraduate students in full stack development, system administration, and site reliability engineering with many of them now in professional positions making use of those skills.

The overall goals of the DoE grant were multifold and we contributed to one small chunk. Our project was part of "Thrust 3: Next Generation Technology - Interactive Visualizations, Automated Assessment, Annotations, Database Integration, & Technological Synergy". Here is what I proposed we would do in the grant proposal:

Jupyter is a popular open source web application that allows users to create and share interactive documents that contain equations, visualizations, narrative text, and the execution of code.[50] LibreTexts authors will be able to write high level code in the Python programming language in the LibreTexts editing interface to generate figures. On page save, the Python code will be sent to an external server where it will be executed in a secure container using Jupyter to generate an entry in an open access database of versioned interactive Javascript figures.

By the time the grant period started, the specific goals solidified into three primary aims and two ancillary aims:

Below, each section describes the various things we produced to meet these goals. Developing a system like this from scratch is an enormous task, so it is important to note that we built everything off of the strong open source foundation of the greater Jupyter community and various other connected projects.

We decided to build and run our own bare metal Kubernetes computing cluster. We chose to do this instead of using cloud services because the 5-10 year cost projection seemed to be more favorable. We also had the expertise and existing hardware available to pilot the system. After two build and test iterations, we now have a 19 node cluster that runs JupyterHub and BinderHub on top of Kubernetes for UC Davis and LibreTexts users. The cluster has several notable features: 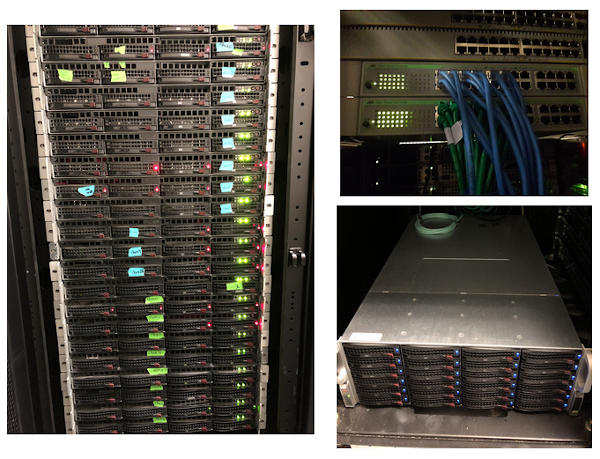 The cluster humming away in the server room.

We run JupyterHub on the cluster that defaults to the latest JupyterLab interface for interacting with the available programming languages. The JupyterHub is accessible at both https://jupyter.libretexts.org and https://jupyterhub.ucdavis.edu. Anyone with a UC Davis email address can log in and make use of the hub. We've served over 400 users over the last couple of years, most from various UC Davis and LibreTexts courses. We developed a FAQ that provides instructions for more advanced use. We also created a section in the LibreTexts construction guide that provides guidance specifically for LibreTexts users and authors. 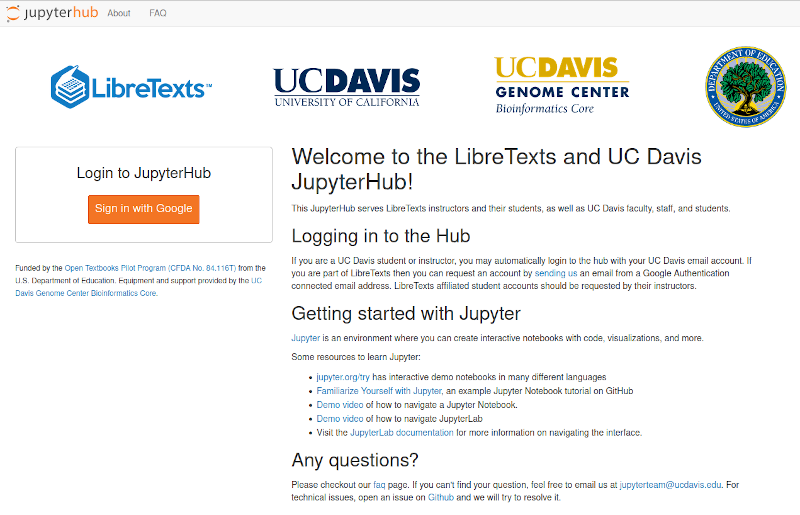 The default repo2docker based docker image for our our hub includes a large set of software. We manage the software dependencies using APT and Mamba, with most packages installed via Mamba from the conda-forge channel. Managing an image with a large set of software packages in a single environment has been rather difficult due to hard-to-solve version compatibilities, relying on packages that languish in maintenance, user desire for different versions of some packages, packages not being available in conda-forge, slow build times, and large docker image sizes. We've wrestled with these issues for three years, but things are reasonably smooth at this point. New images are immediately cached on all of our cluster nodes so that user load times are snappy and the vast majority of needed software is pre-installed.

Our repo2docker build specs for the image can be found here:

This image is a nice starting image for many scientific computing situations as it includes Python, R, Julia, Octave, C++, and Sage in the console and notebooks as well as RStudio server access to R. 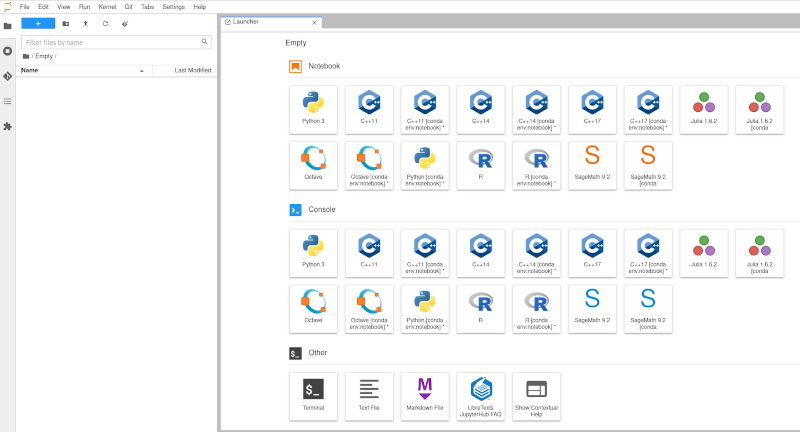 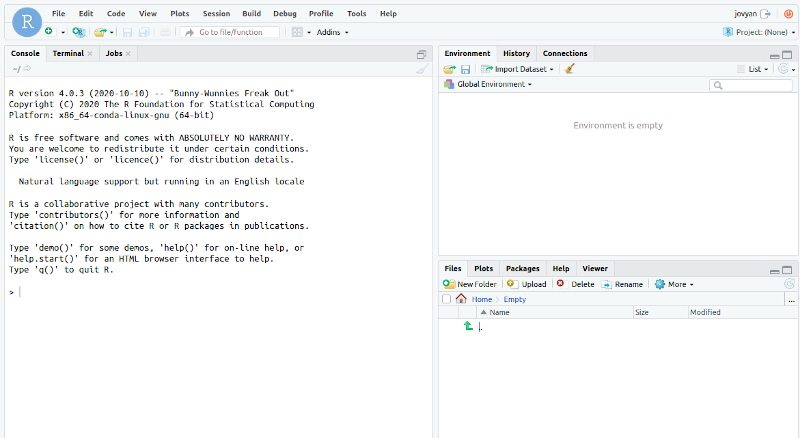 Thebe is a JavaScript application that enables live Jupyter code cells to be integrated into an arbitrary HTML page. Viewers of the HTML page can interact with the cells by editing and executing them. Once executed the output can be simple text output or advanced Javascript based interactive visualizations. Thebe was originally developed as part of Europe's OpenDreamKit project and ties into the Jupyter ecosystem. There are some alternatives to Thebe, but they offered essentially the same features. Because of this we more-or-less flipped a coin and chose to make use of Thebe in LibreTexts. LibreTexts uses the CKEditor for WYSIWYG editing of textbook pages. Once we settled on using Thebe for LibreTexts pages, we developed a plugin for CKEditor that allows page authors to edit and execute code cells. The plugin can be found here:

The plugin allows authors to:

Video showing how to use the plugin on LibreTexts

LibreTexts page authors can get started with the above video and the instructions in the guide.

After selecting Thebe and developing the CKEditor plugin we discovered that ipywidgets did not fully function with Thebe. We had planned to use ipywidgets to offer LibreTexts readers interaction with figures and visualization using GUI widgets (sliders, buttons, input boxes, etc.). We set out to remedy this and began contributing to Thebe. In the fall of 2020, we organized a sprint for Thebe during JupyterCon which helped breathe some life into the project. With the help of the original Thebe developer, Executable Book Project members, Curvenote project members, and JupyterCon sprint attendees we knocked out a number of outstanding issues (see the Github project for details). Since the sprint, there have been regular contributions to the repository and we've made three releases of Thebe that have added a number of import new features and bug fixes. Most importantly we recently merged the fix to fully enable ipywidgets support. Here are some of the major improvements made during and since the sprint:

Example of an ipywidget controlling a matplotlib figure in Thebe.

You can see examples many of the rich Jupyter outputs on this LibreTexts page:

We piloted the JupyterHub and LibreTexts in several courses over the last three years:

The cheminformatics course was a collaboration among several universities and partners. This published paper details more about that effort: 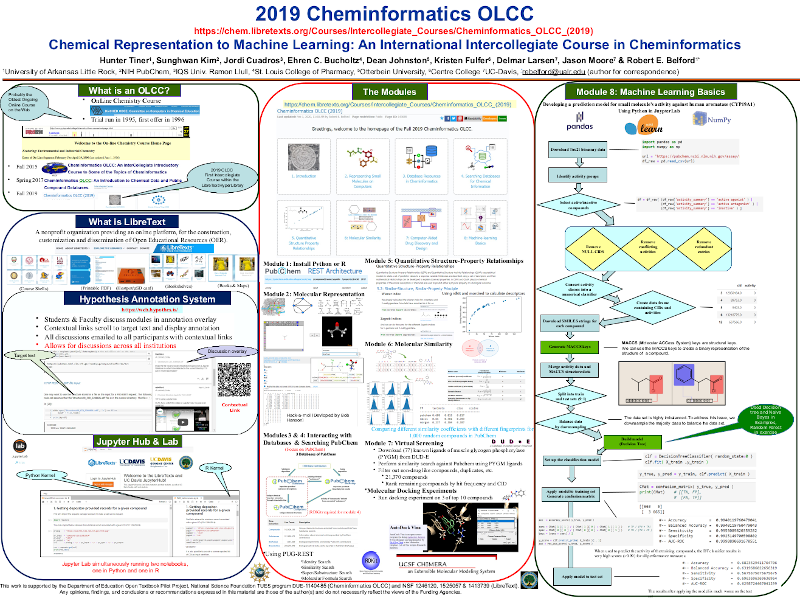 Conference poster about the cheminformatics project.

During our efforts to get professors to adopt the hub at UC Davis, we found out that many wanted to use nbgrader for auto-grading of Jupyter notebooks. But nbgrader was only built for servers that had a standard shared user space storage with a UNIX permission model. Thus, nbgrader could not function in a JupyterHub running on a distributed system like Kubernetes. Computer science professor, Christopher Nitta, and I proposed a computer science capstone BSc project and attracted a talented group of students. This group invented ngshare, which solves the problem by running a data exchange database on a Kubernetes pod that can be swapped out for nbgrader's traditional shared disk space. This resulted in three code repositories with the software required to run the service:

There are at least 10 textbooks now on LibreTexts that make use of the Jupyter integration for a variety of different programming languages. 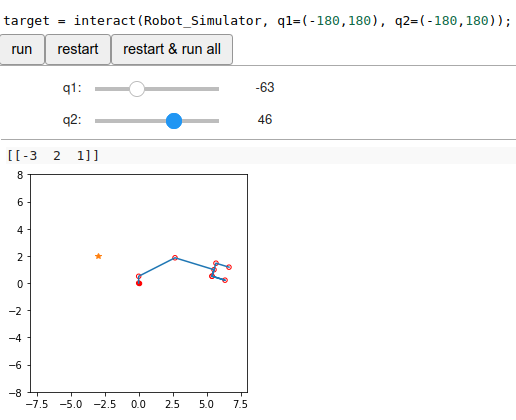 Three of the book authors (Belford, Billen, Iqbal) present their use of Jupyter in LibreTexts.

We did a number of outreach talks. This was important for disseminating what we had done, but also in helping the students develop their presenting skills and connecting them to the communities of practice. We presented at Jupyter Open Studio (2019), SacPy (2020), OpenEd Week (2020), Women in Data (2020), and the National Workshop on Data Education (2020). 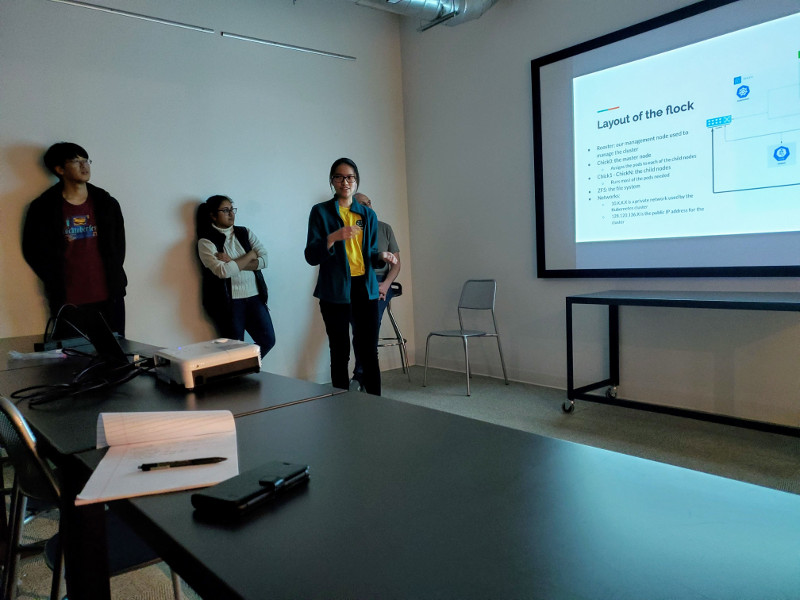 Hao, Tannavee, and Celine presenting at the SacPy meetup in 2019.

It is important to point out that all of the work to bring Jupyter to LibreTexts was done by a group of amazing undergraduate students over the last three years. Richard Feltstykket and I mentored them and couldn't have asked for a better group. Overall, we had 12 students work from 2 quarters to a whole year on the project. They developed their teamwork process and onboarded new students every other quarter. Many of the the students particpated during the height of the COVID 19 pandemic. I have been thoroughly impressed with them and their work. They came to the project with minimal to no knowledge about the assortment of tools and skills that they needed to solve the presented problems. The skillset needed for them to succeed was very broad, from building servers all the way up the stack to frontend Javascript app development. The students vacuumed up the knowledge, learned the skills, and it wasn't before long that they all knew way more than their two mentors (which is the agenda of all good mentors). As far as I can tell, this has paid off for many of them. Some have taken positions doing very similar work to what they did in this project. And outside of the work, the students led us through an assortment of online games during our quarterly social breaks. I'll have nightmares about Jackbox Trivia Murder Party for some time to come :). Without further ado, here is it the team that made all of this magic happen:

Congratulations on a job well done!

And I give the most special thanks to Richard Feltstykket for being an amazing partner in this project. We couldn't have pulled it off without his extensive knowledge and resources regarding the cluster development and system administration. Richard had some major things to deal with outside of work during these three years but he never showed any slowing down or loss of enthusiasm. He has my full admiration. I'll miss working with you Richard, hopefully we can start up something new in the future! The project is in great hands. 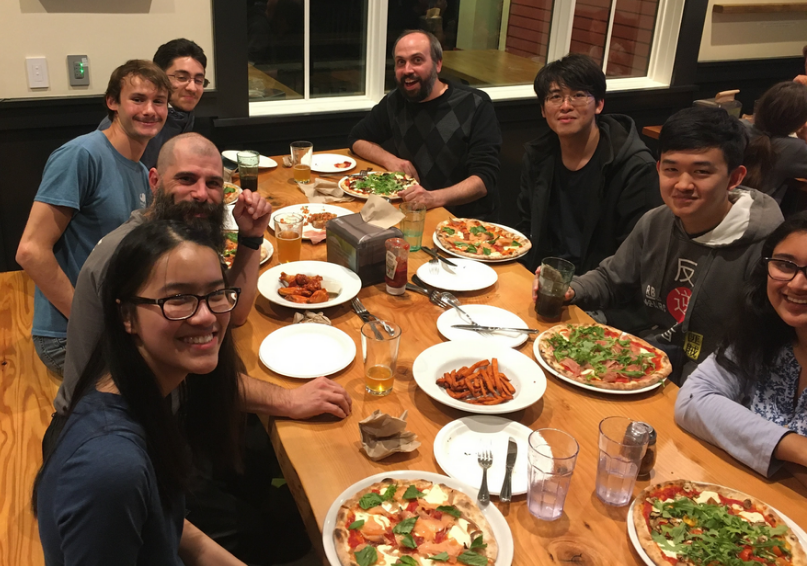 Pre-pandemic pizza social with the team. From the left around the table: Celine, Michael, Trevor, Henry, Jason, Hao, Luigi, Tannavee.

The future for the system and tools we've developed as a part of this grant look good. Richard Feltstykket is taking the project forward with LibreText's support. The cluster, JupyterHub, and LibreTexts page integration will continue to support a variety of instructors, courses, and students. The next big step is to scale up use for courses at UC Davis and LibreTexts participating universities. I certainly hope to see things grow now that it is all running smoothly.

The students wrote (almost-)quarterly blog posts throughout the project duration. These have more details on the various topics discussed above. Here are all of the prior posts: